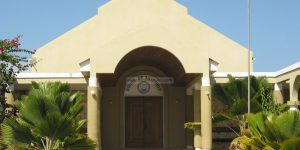 Anguilla, the most northerly of the Leeward Islands in the Lesser Antilles is an internally self-governing overseas territory of the United Kingdom. Its political system is in the framework of a parliamentary representative democratic dependency, whereby the Chief Minister is the Head of Government and of a multi-party system. 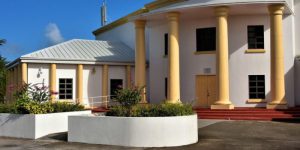 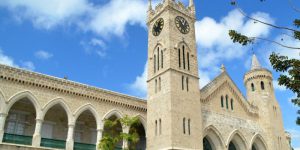 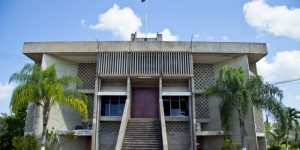 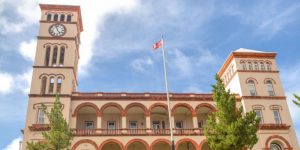 Bermuda’s Parliament is 389 years old, the oldest in the Commonwealth outside the British Isles. The first elected Assembly was convened in St. Peter 's Church St. George's on 1 August 1620. In 1815, when the capital of the island was moved from St. George's to the city of Hamilton Parliament followed. Parliament moved to its current location at The Sessions House in 1826. 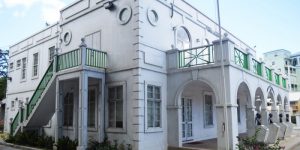 The House of Assembly has a unicameral system (i.e. made up of one chamber) and is relatively small compared to larger countries, which operate under a bicameral system consisting of an Upper and Lower Chamber. 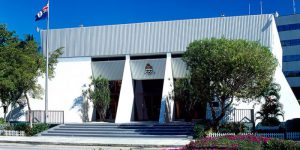 The Parliament of the Cayman Islands is a democracy that consists of a judicial, legislative and executive arm. Though there is evidence of more than 160 years of representative government, the constitution maintains that the Cayman Islands functions as a British dependency. 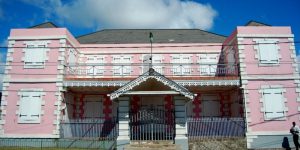 Dominica's parliament dates from the year 1763 when the British established a Legislative Assembly. This legislative assembly was however only representative of the white population. In 1831, the Brown Privilege Bill granted political and social rights to free coloureds. The following year, three blacks were elected to the legislative assembly. 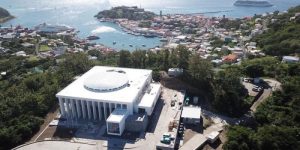 Grenada's parliament convened in 1974, the same year that the island gained its independence and became a member of the commonwealth. The Parliament is made up of the Queen who is represented by the Governor General, the Senate and The House of Representatives. 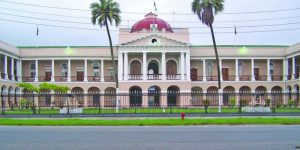 The Parliament of Jamaica is the legislative branch of the government of Jamaica. It consists of three elements: the Crown, the appointed Senate and the directly elected House of Representatives. The Parliament meets at Gordon House at 81 Duke Street, Kingston. It was built in 1960 and named in memory of Jamaican patriot George William Gordon. 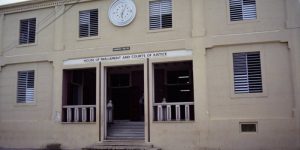 Montserrat is a British Overseas territory governed by the British monarch who is represented by the Governor. The Governor has the responsibility of overseeing the island’s defense, internal security, external affairs, the public service and international and financial services. 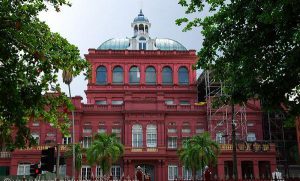 The Parliament of Trinidad and Tobago, also known as the legislature, is the arm of state entrusted with the responsibility of making laws for good governance, and providing oversight of the Government or Executive. Trinidad and Tobago follows the Westminster System of government. 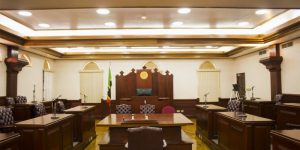 St. Kitts was the first British Colony in the West Indies in 1623. The British and French colonialists fought over the possession of this island and in 1783 the Treaty of Versailles dictated that the island be overseen by the British. St. Kitts was united with Nevis and Anguilla from 1882 to 1980. In 1983 it became an independent federation within the British Commonwealth. 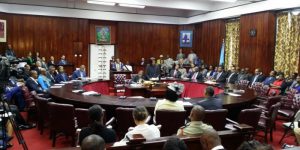 The Parliament of St. Lucia is bicameral parliament consisting of an appointed Senate (Upper House) and an elected House of Assembly (Lower House). The Senate has 11 members, while the House of Assembly has 19 members including the Speaker. 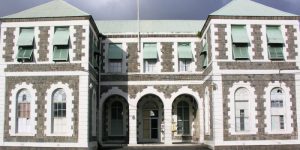 St. Vincent and the Grenadines

The House of Assembly is a unicameral parliament made up of 15 elected members, one public officer and six senators appointed by the Governor-General. The Prime Minister is the leader of the majority party of the house and the cabinet conducts affairs of the state.

The Parliament of the Bahamas is bicameral (consisting of two chambers) with an appointed Senate and an elected House of Assembly. Her Majesty the Queen, represented by the Governor-General, is also part of the Bahamas Parliament. This Parliament follows the canons of the Westminster System.