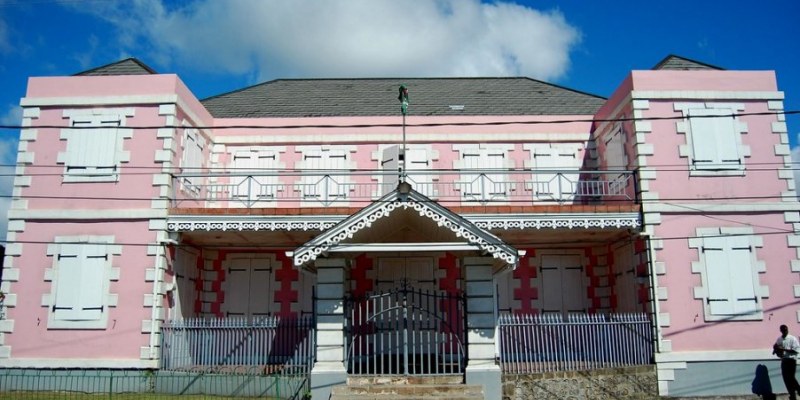 Dominica’s parliament dates from the year 1763 when the British established a Legislative Assembly. This legislative assembly was however only representative of the white population. In 1831, the Brown Privilege Bill granted political and social rights to free coloureds. The following year, three blacks were elected to the legislative assembly.

Dominica was the first and only British Caribbean Colony to have black controlled legislature in the 19th century.
The colonial office changed the composition of the elective assembly in 1865. Half of the members were elected and half were appointed.

In 1871 Dominica became part of the Leeward Island Federation and in 1896 Crown Colony government was re-introduced. This move meant that most members of the population lost their political rights.

During the post World War I period, there emerged a greater awareness of the precepts of Representative Government in the Caribbean. Dominica was transferred from the Leeward Island Administration and joined the West Indies
Federation.

Dominica became an associate State of the United Kingdom in 1967 when the federation dissolved. In 1978 Dominica gained full independence and became a Democratic Republic.

Dominica’s present electoral system is derived from that of the Westminster system of parliamentary government and elections are held every 5 years. The President and the Prime Minister comprise the executive arm. The president is elected by the parliament for a term of five years. The Leader of the majority party in Parliament is appointed as Prime Minister who in turn selects members of cabinet.

The House of Assembly is made up of 32 members; 21 which are elected and 9 nominated, 1 Attorney General; 1 Speaker of the House.

Please note that Mr. Joseph Isaac was elected Speaker of the House of Assembly in Dominica on Monday, 10th  February,2020.