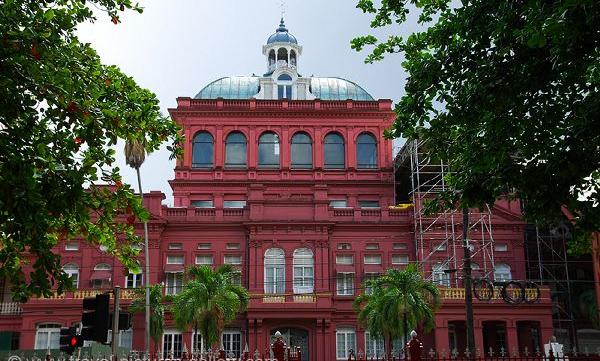 In 1498 Christopher Columbus, on his third voyage to the Indies, set sight upon the island of ‘Kairi’ which he later named Trinidad, an island originally inhabited by Amerindians. From 1498 till 1797 Trinidad remained under Spanish rule and was governed by the Cabildo, an assembly representative of the Spaniards presided over by a Governor.

In 1797, Trinidad was captured by the British, led by Sir Ralph Abercromby. Initially Spanish laws were kept until the Crown Colony form of governance was implemented. In 1802 with the Treaty of Amiens, Trinidad was ceded to Britain by the Spaniards, with the island officially becoming a British colony.

Upon becoming a British colony, Trinidad was not granted an elected assembly as the British Government feared that the planters, if allowed to rule, would make it difficult for the Government to exercise its will with regards to the issue of the abolition of slavery and the slave trade. It was therefore easier for the British Government to legislate directly through the Crown Colony system rather than an elected assembly. It is to be noted that a distinguishing feature of Crown Colony governance is the absence of elected members in the Legislative Council.

As the abolition of slavery approached it was not until the end of 1831 that a purely nominated Legislative Council was established whereby its members would all be nominated by the Governor.  In November 1888, Trinidad and Tobago were united by an order-in-council, which did not take effect until January 1, 1889. Under this new arrangement, there was now a single governor.

The Legislative Council underwent several changes during the period 1831 and 1925. When the first general elections were held in Trinidad and Tobago in 1925 only those male candidates who had considerably high incomes, owned substantial property and literate in English were eligible to contest in the elections. This meant that the working class, even the lower and middle classes could not qualify to be candidates and were not eligible to vote.  It was in the year 1946 that Universal Adult Suffrage with no qualifications or hindrances was introduced.

A new constitution in 1950 saw the Council being presided over by an elected Speaker instead of the governor. The period 1950-1956 saw intensified demands for social and political reform. It was against this backdrop that the People’s National Movement (PNM) was born. Led by Dr. Eric Williams, the PNM introduced a new intellectual style in Trinidad and Tobago’s political landscape. Agitating for self-governance based on a bicameral legislature with a ministerial system of government, the PNM won the 1956 elections, earning thirteen out of twenty-four seats.  Dr. Williams was now Chief Minister and was granted the opportunity to appoint two additional Members to the Legislative Council.

In 1960, the Colonial Office acceded to the PNM’s demands for constitutional reform and the then existing single chamber, Legislative Council was replaced with the introduction of bicameralism in December, 1961. There was now a Senate consisting of twenty-one members and a House of Representatives consisting of thirty members. The 1961 General Election saw the PNM winning twenty (20) seats out of thirty (30) forming a second PNM Government from 1961 to 1966.

Trinidad and Tobago gained its independence from Britain in 1962 and became a Republic within the Commonwealth in 1976.

The Senate is comprised of thirty-one (31) Members; a Presiding Officer, and three groups of Senators, those who represent the Government, the Opposition and the Independents. Sixteen (16) Senators including the Presiding Officer are appointed by the President on advice of the Prime Minister, six (6) on the advice of the Leader of the Opposition and nine (9) at the discretion of the President. The Senate is presided over by the President of the Senate, a position currently held by Senator the Honourable Christine Kangaloo.

Speaker of the House: The Hon. Bridgid Annisette-George, MP

President of the Senate: Senator the Hon. Christine Kangaloo